On the afternoon of December 11th, 2022, two matches in the Final Round and the closing ceremony of the 2022 DuaFat Open Cup Football Tournament took place in Ha Dong Stadium, officially closing the explosive season of the most prestigious 11th-class movement playground.

The ceremony was attended by Mr. Le Duy Hung,  Chairman of the Board of Directors of Dua Fat Group Joint Stock Company, the president of the tournament, the head of the organizing committee, representatives of the organizers, sponsors, referees, and 15 teams participating in the 2022 tournament. 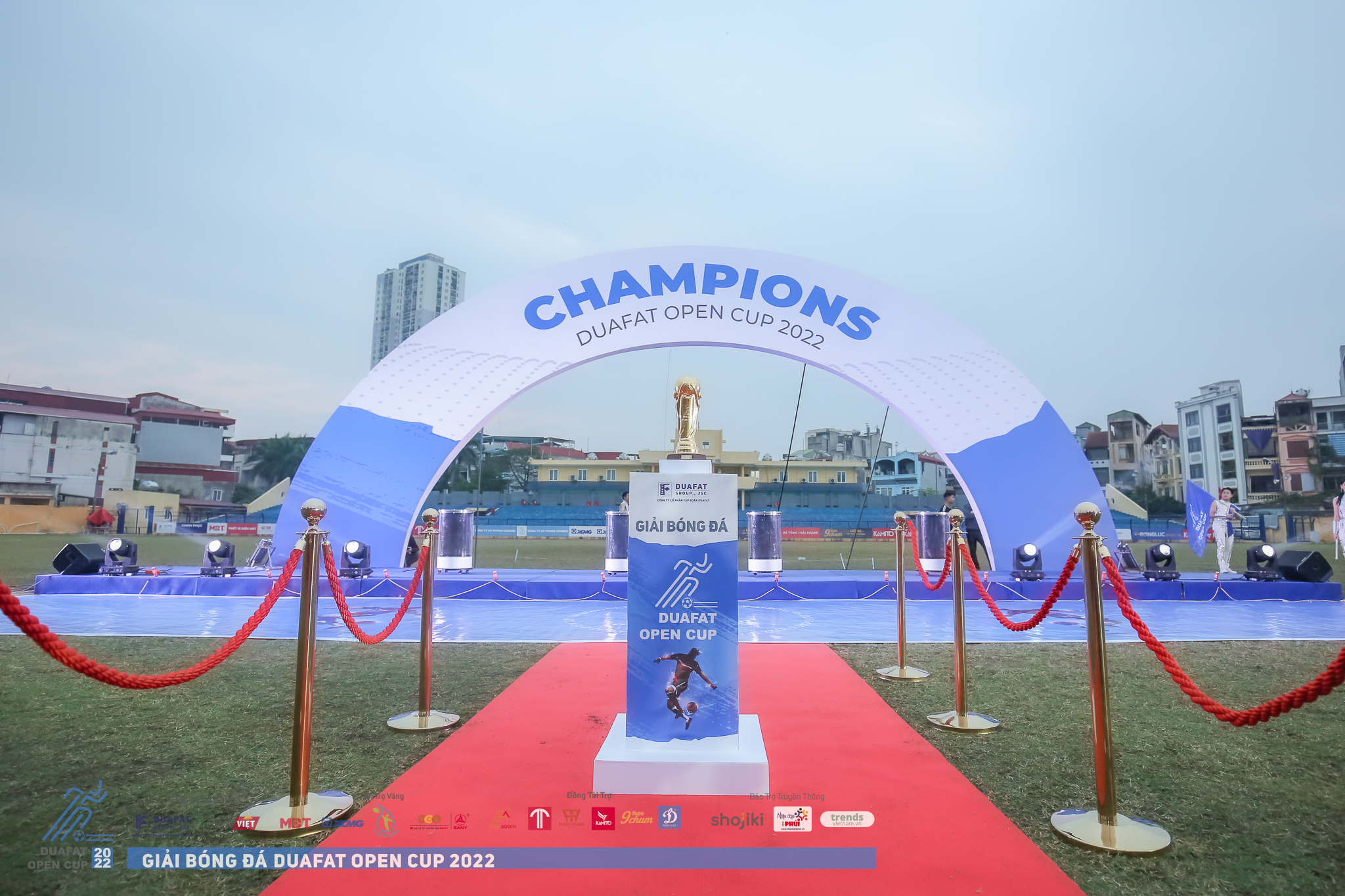 At 12:00, the third-place match between FC Cam Khe and FC Mylan officially started. After 90 minutes of official competition, FC Cam Khe won convincingly with a score of 5-1, gaining the bronze medal in the DuaFat Open Cup 2022. 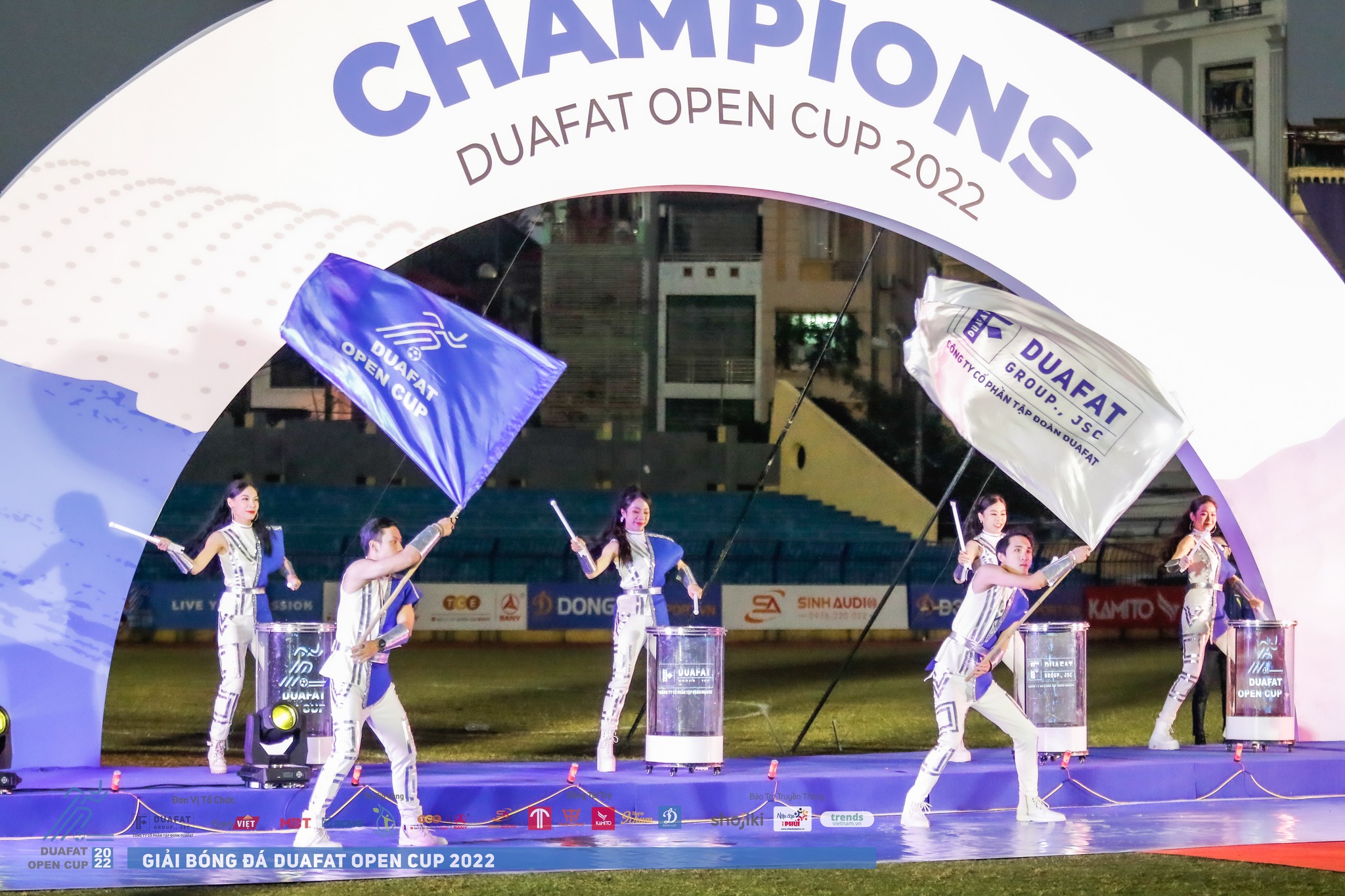 Following that, the audience was treated to the season’s most thrilling and suspenseful final match between the host team of Dua Fat and Hoang Phuong Auto. After suffocating attacks, the host team Dua Fat seemed to be leading, but was a little unlucky to receive the final result of 0-2. After defeating FC Dua Fat, Hoang Phuong Auto has crowned the DuaFat Open Cup champion. 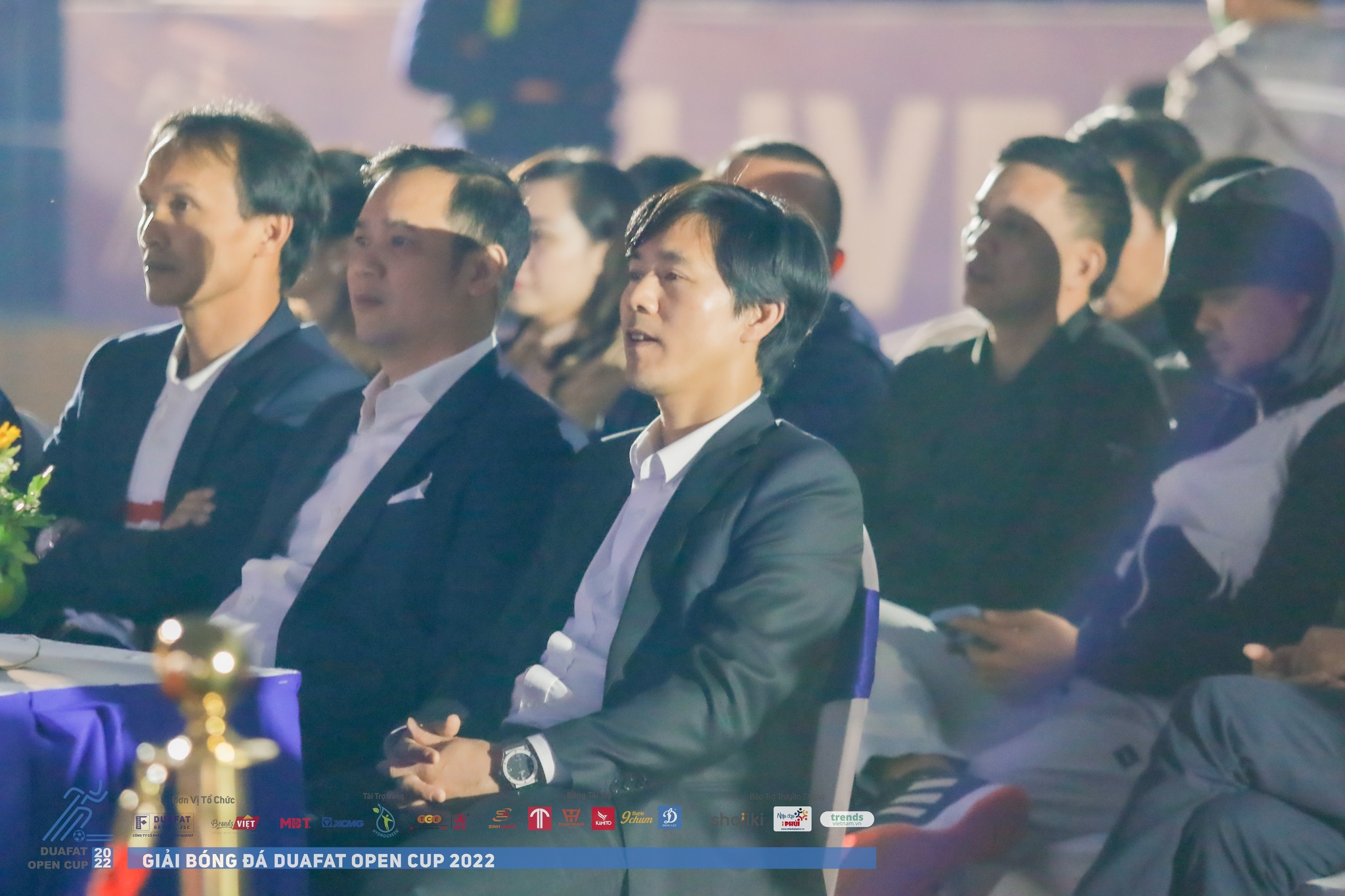 Mr. Le Duy Hung, Chairman of the Board of Directors of Dua Fat Group, is the chairman of the tournament, and head of the organizing committee for the DuaFat Open Cup 2022.

Mr. Le Duy Hung, Chairman of the Board of Directors of DuaFat Group Joint Stock Company, president of the game, and head of the organizing committee, expressed his deep gratitude to the teams and sponsors who accompanied and significantly contributed to the great success of the 3rd year DuaFat Open Cup: “The matches maintained high dedication, with many beautiful goals. The teams made a lot of progress, with investments in tactical depth, physical foundation, and squad quality.” This proves that the Duafat Open Cup has become indispensable in accompanying the teams during their operations and development.

Our tournament has had smiles of victory, sadness, and regret, but Duafat Group has brought a valuable, useful, and much more valuable playing field. meaning.

The Duafat Group hopes and believes that more high-quality football teams will register in the coming year.”

After more than 2 months of competition, 15 teams have set new records for the tournament. 175 goals have been achieved after 38 matches, giving the audience thrilling and eye-catching performances. 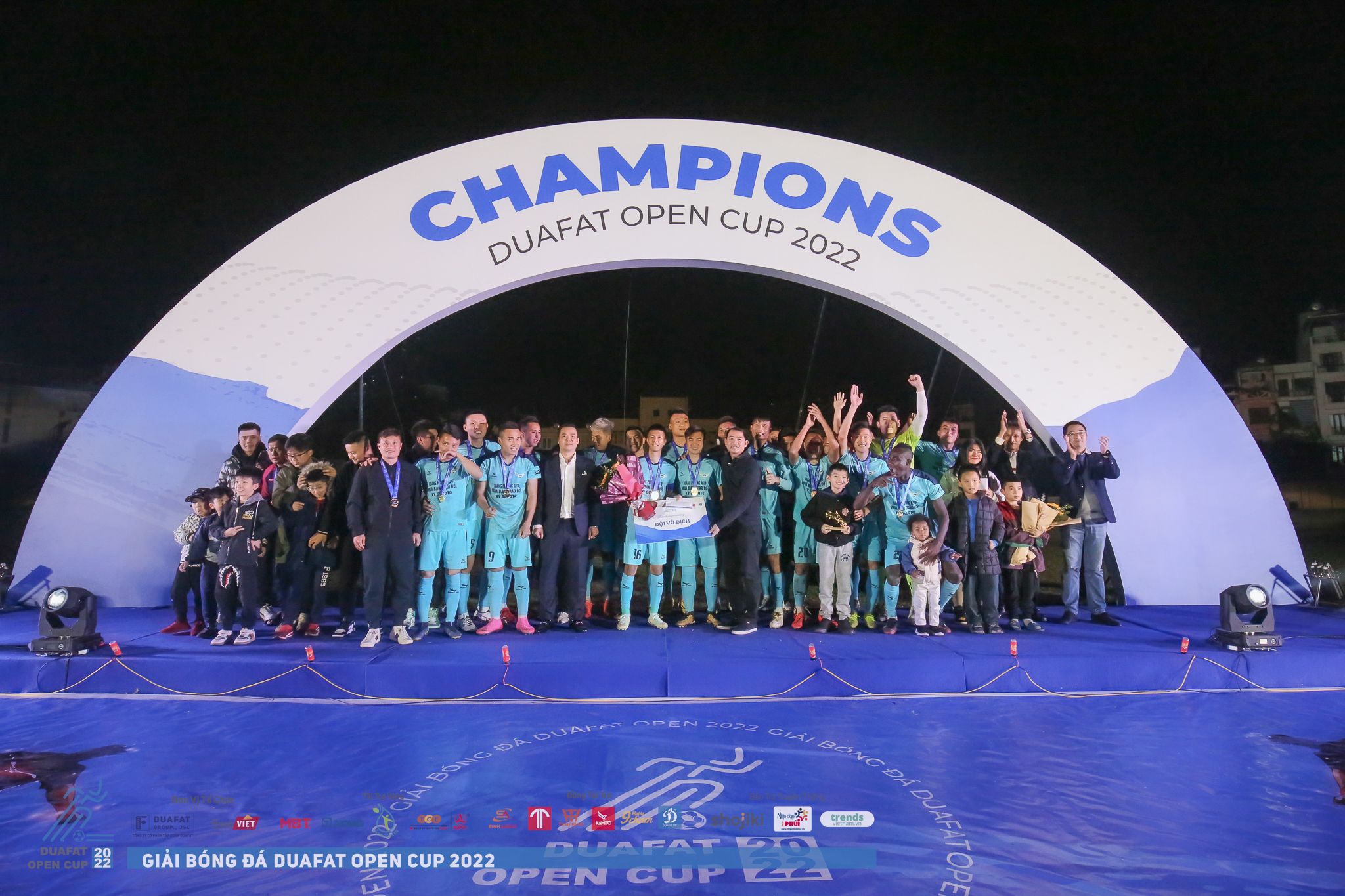 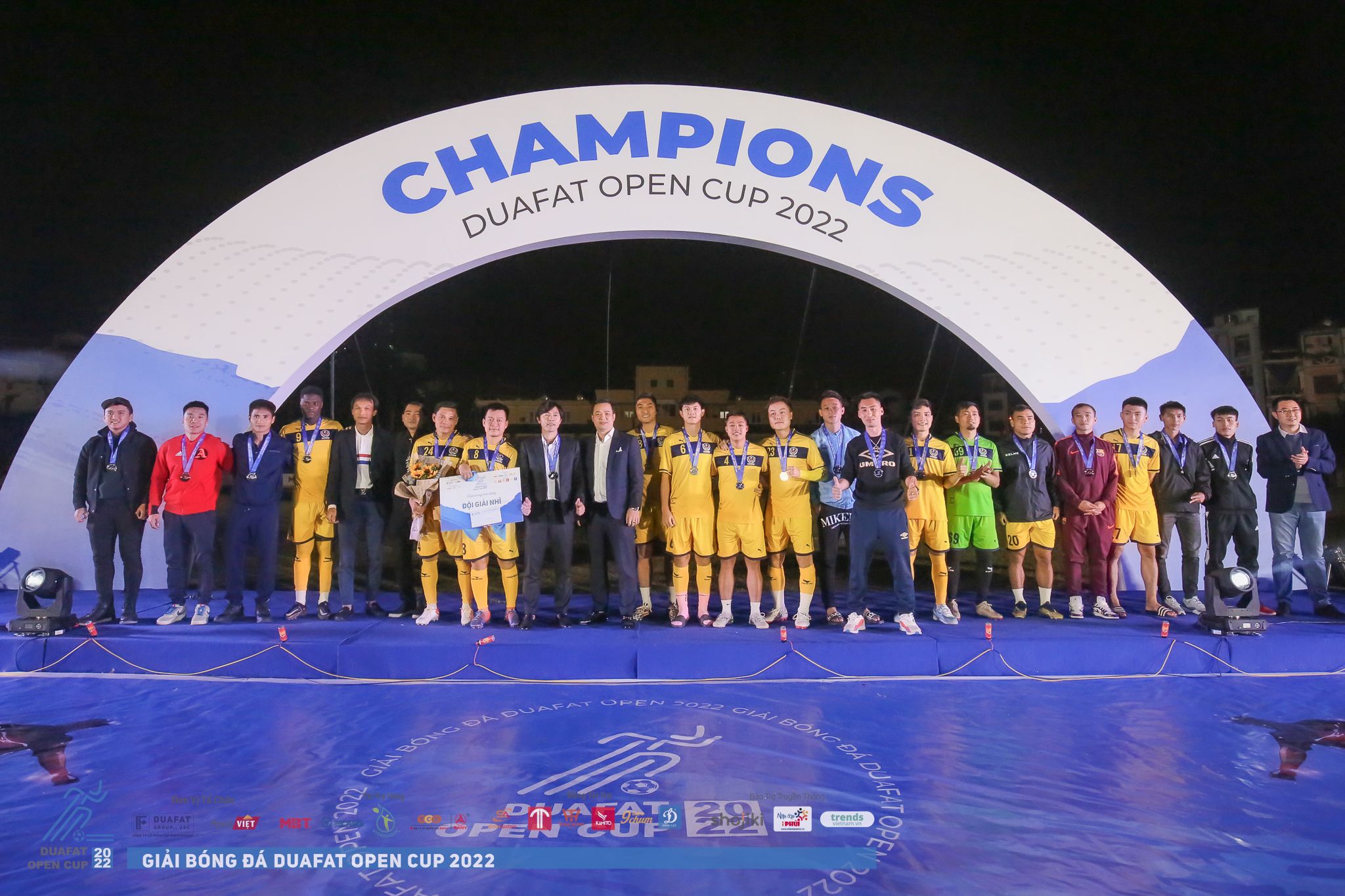 In addition to the prizes for the champion team (Hoang Phuong Auto), the second-placed team (Dua Fat), and the third runner (Cam Khe FC), the organizers have awarded other prizes to the team and the players. The player made an excellent impression on the audience. 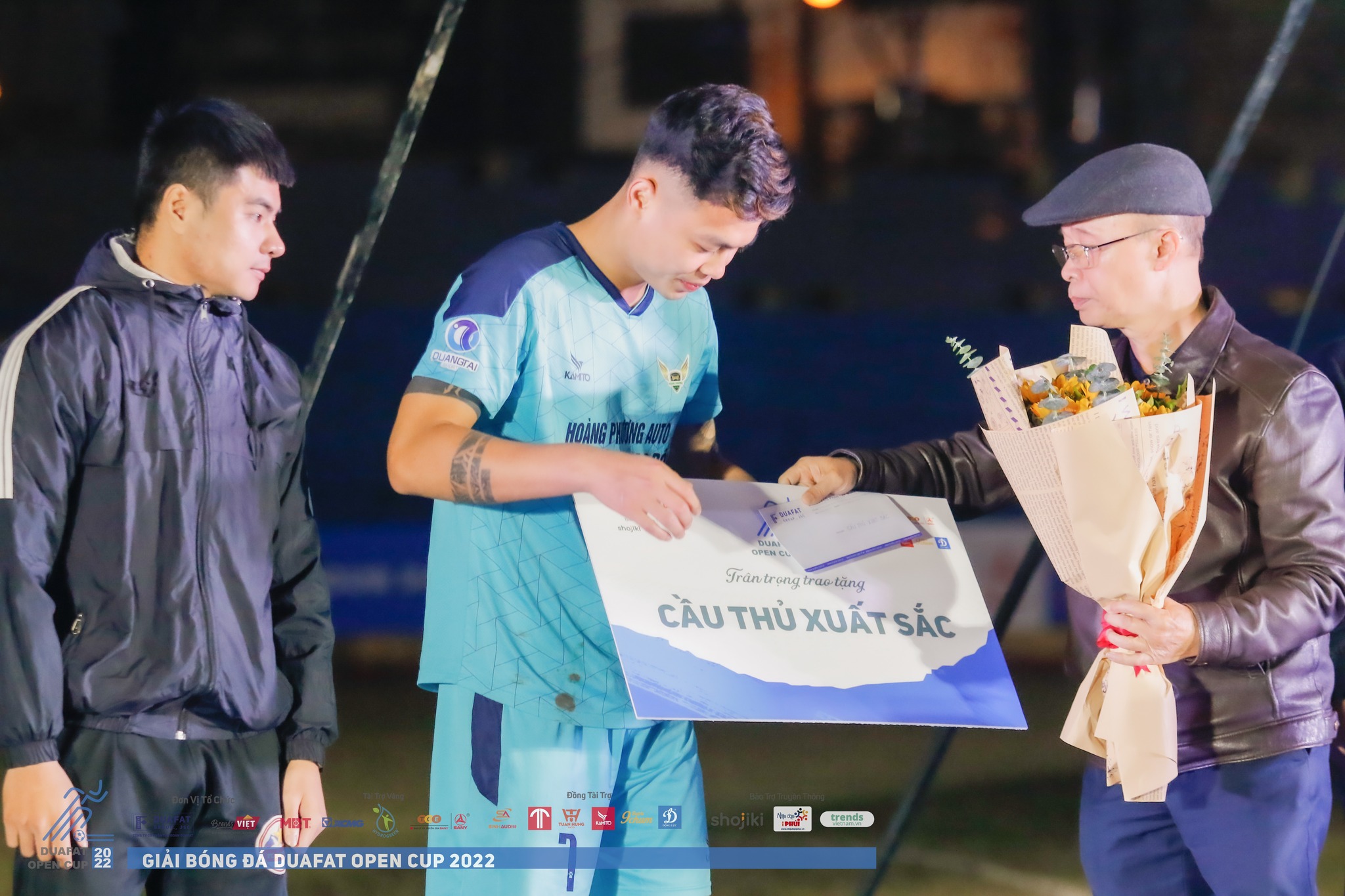 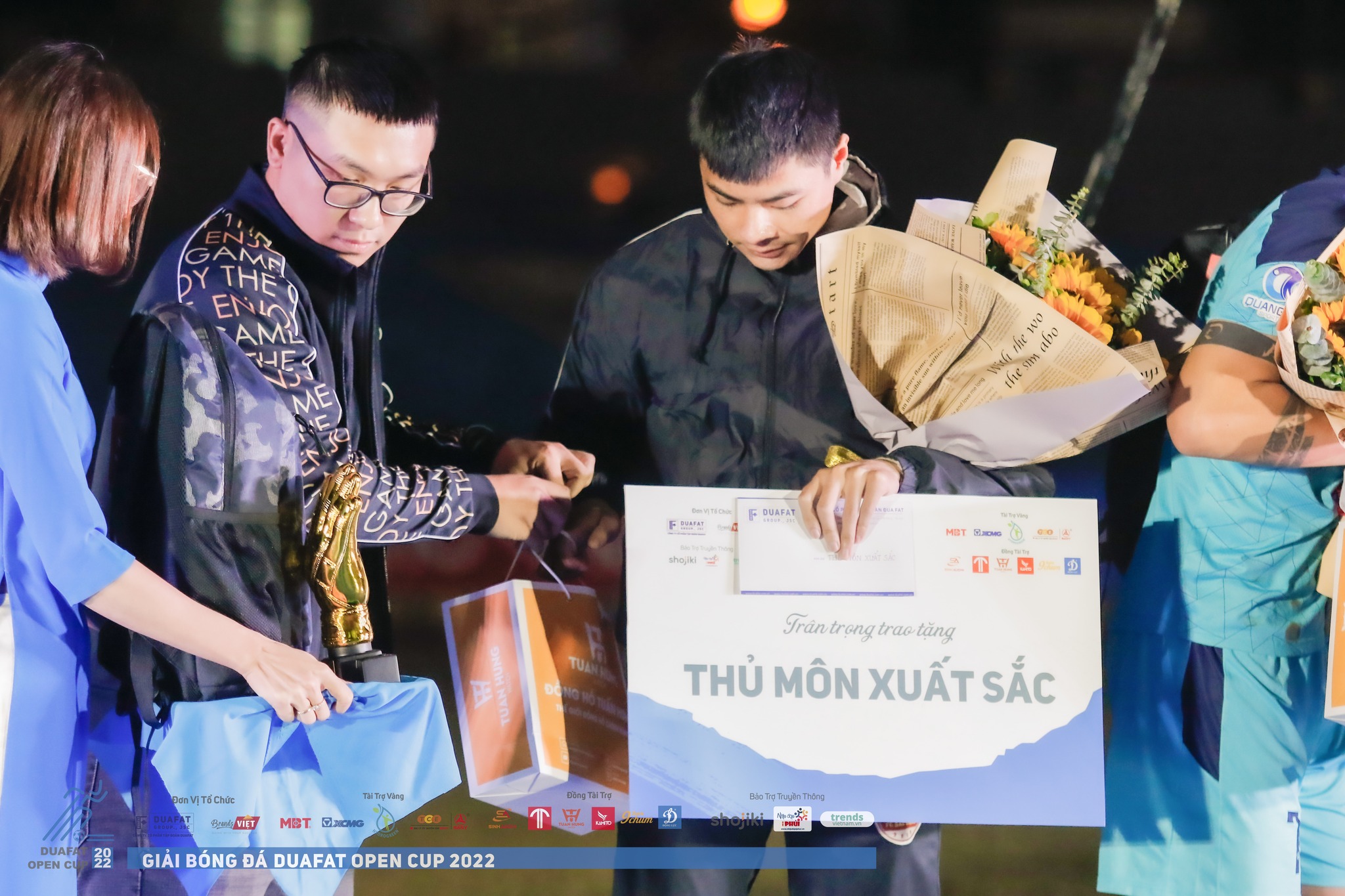 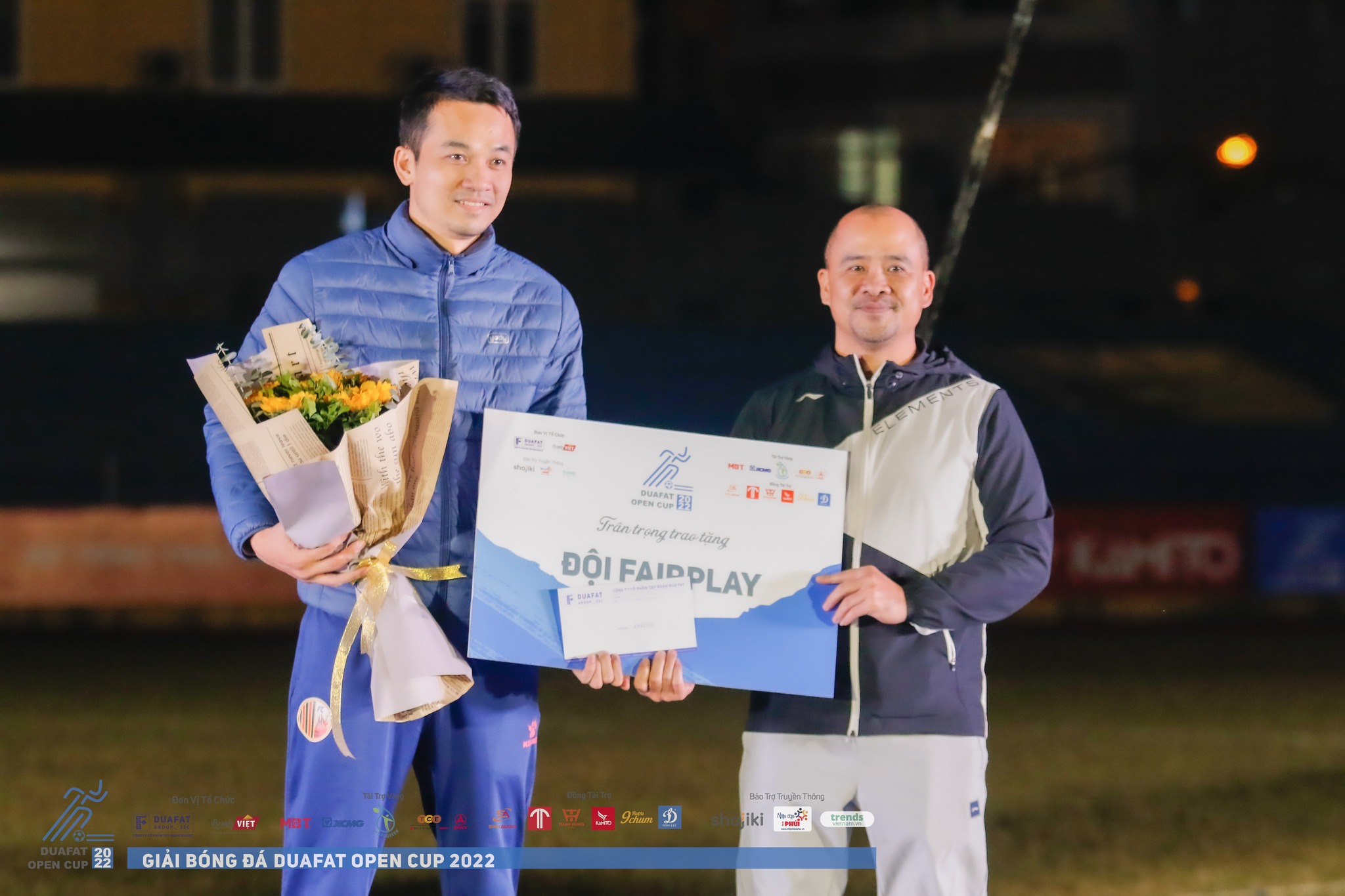 The teams participated with the highest spirit of fairplay and dedication. The seemingly “normal” actions in the yard such as overreacting, cursing and threatening each other seem to be very strange things here. Throughout is the value of movement football that creates a sustainable and respectful playground among businesses, localities and clubs.

The organizers always try, strive, and commit to accompany this quality playground. Every next season must be better, more quality, and fair play than last season. It also creates adrenaline for players and football fans across the country to enjoy matches that cannot be found anywhere else.

Due to the enthusiastic support of 15 team leaders, referees, medical, security and logistics staff, and above all, nearly 400 players who have completed this emotional third stage together.

Let’s look back at some moments at the closing ceremony of the DuaFat Open Cup 2022 Football Tournament: 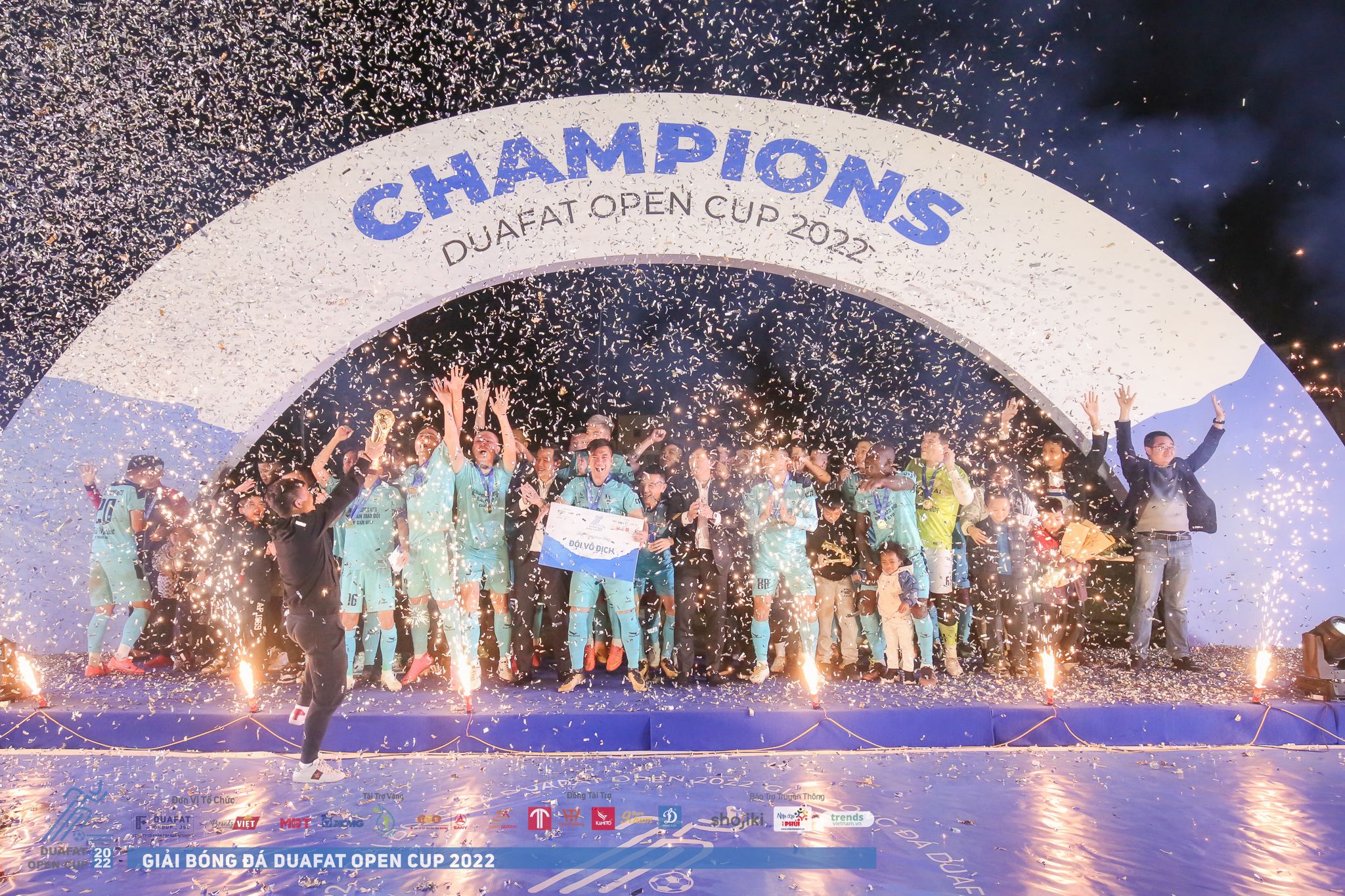 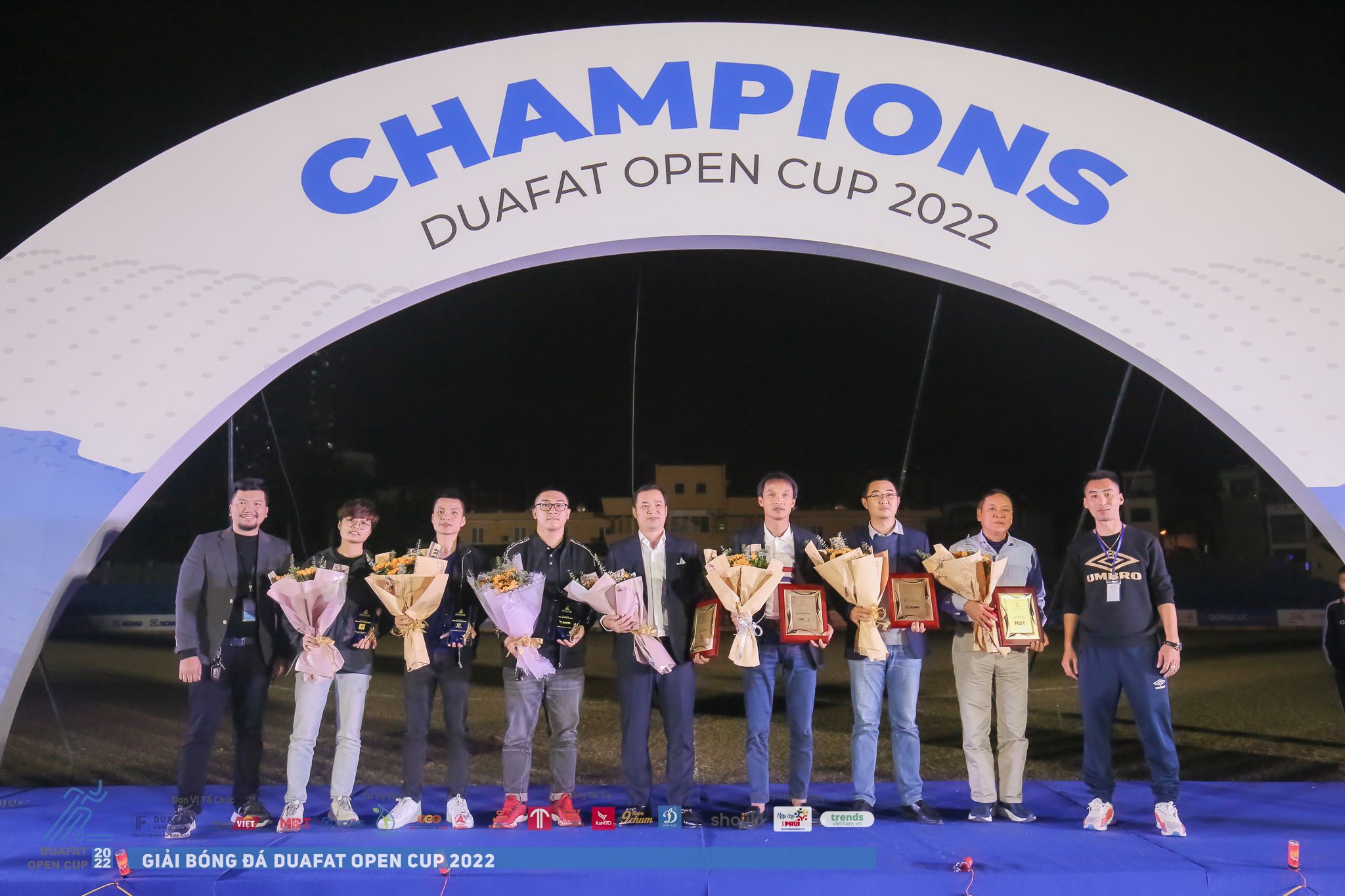 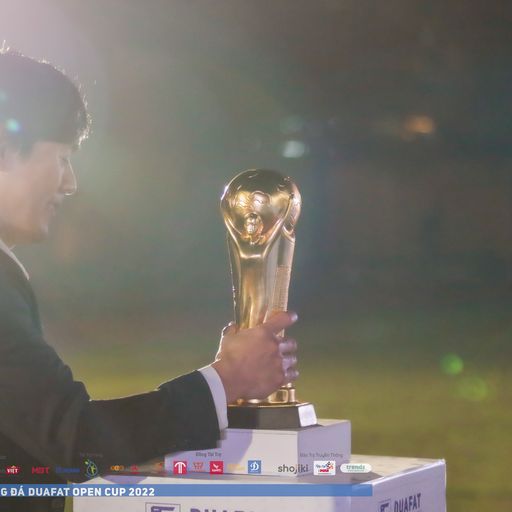 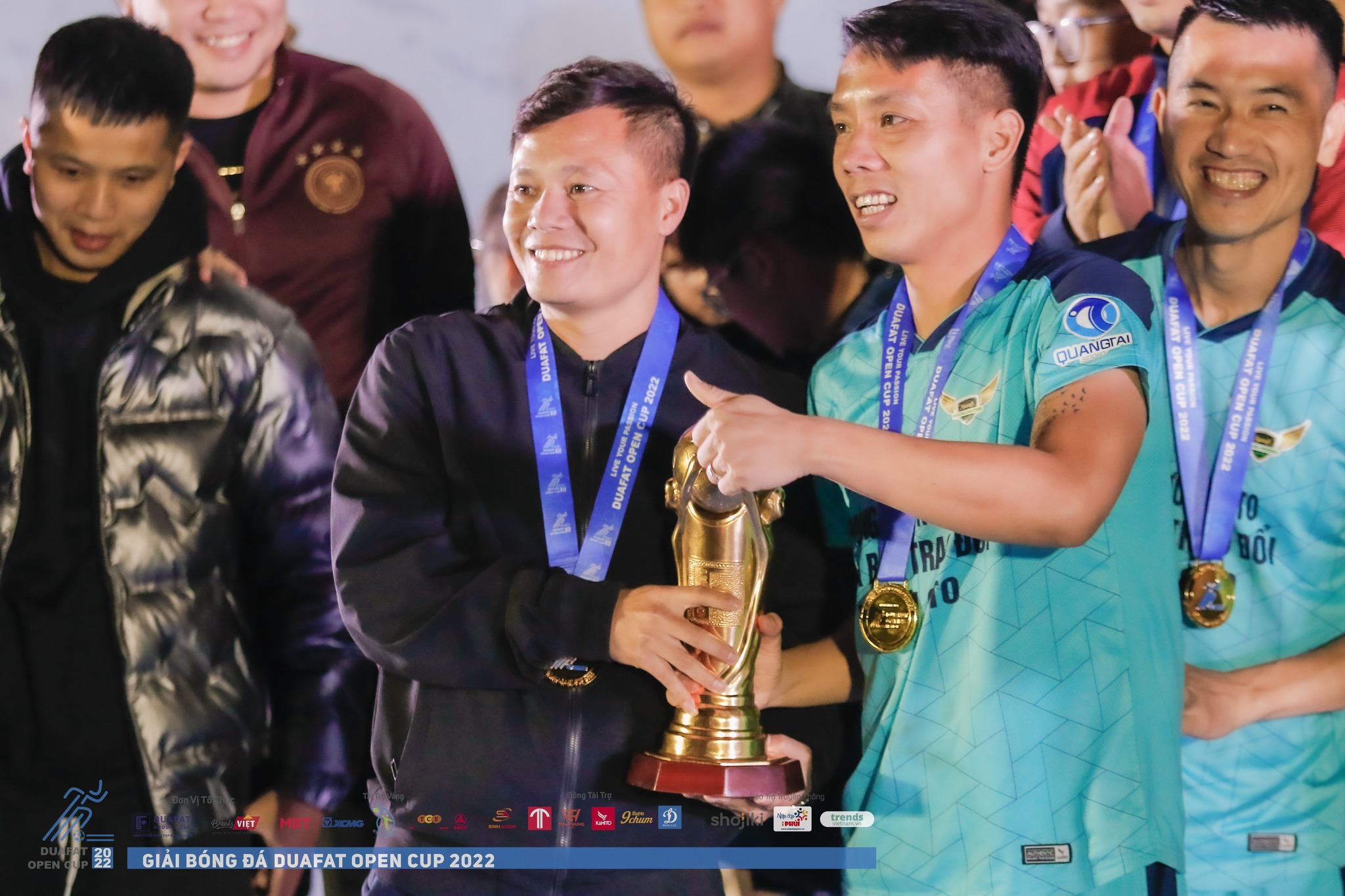 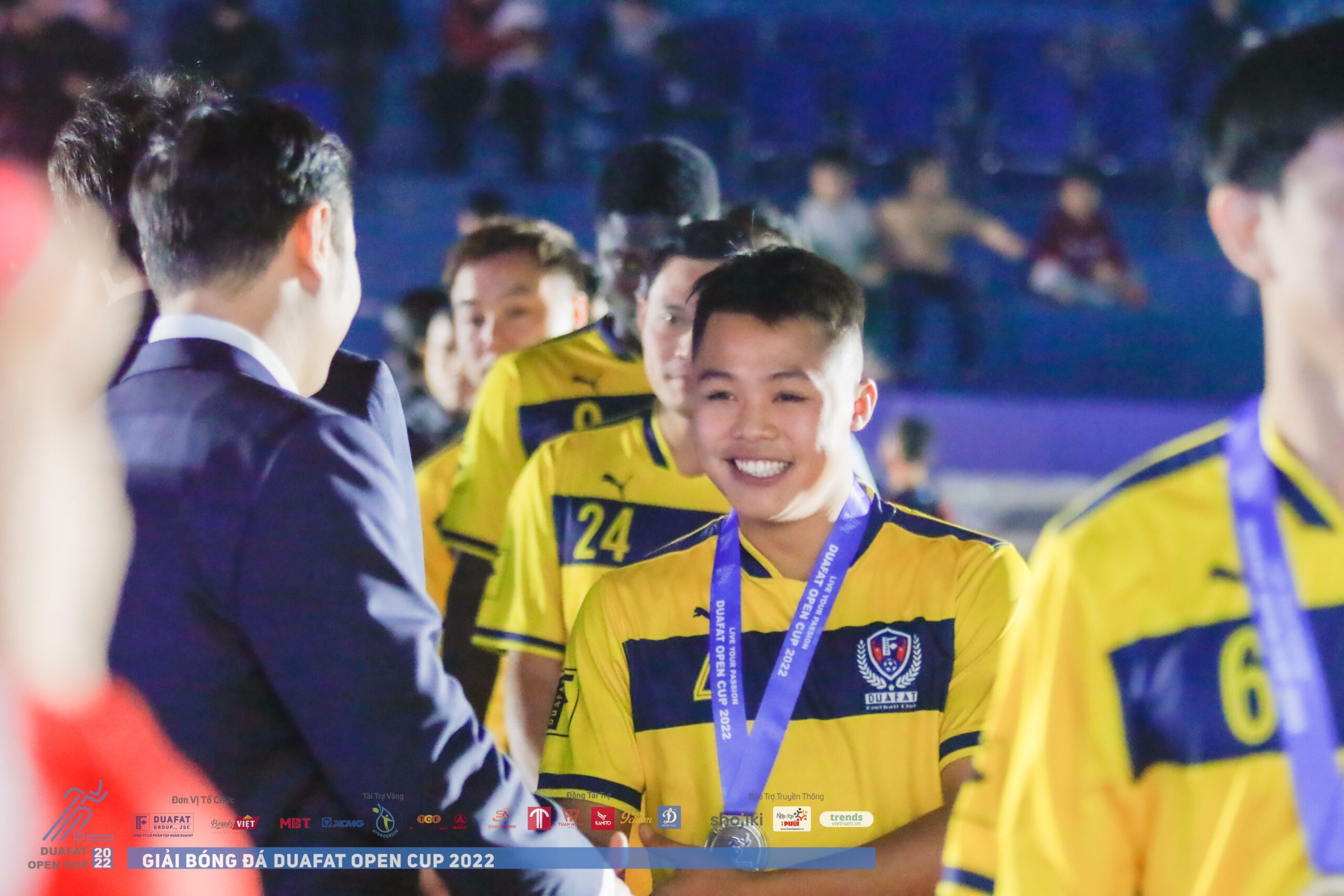 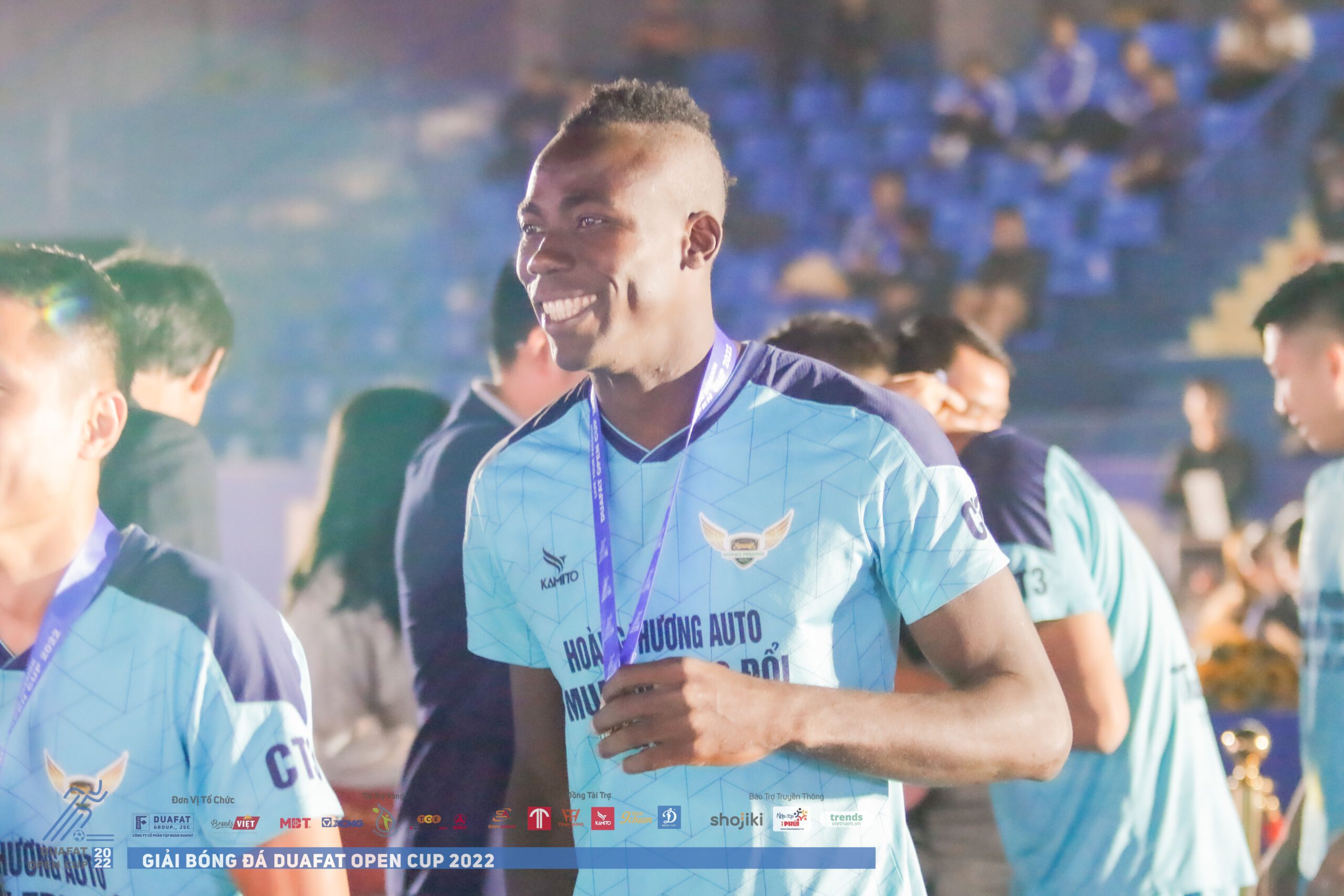